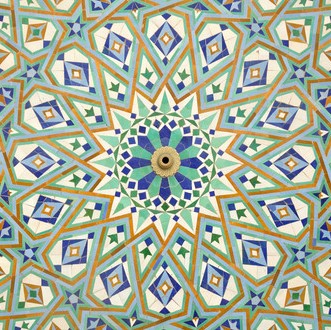 The Dawrah al-Hadith is comprehensive study of the major compilations of hadith. In many intensive Darul ulooms this is completed full time over one year. At MMTQ, the Dawrah year is spread over two to two and a half years part time to allow students to manage the studies alongside family, work or other commitments. Upon concluding this year, students will graduate with a degree in Islamic Theology and receive an alimiyyah sanad.

In-depth study of the 6 authentic books of ahadith.

Known universally as ‘the most authentic book after the book of Allah’, Sahih al-Bukhari is a unique book of its kind, in which the most authentic ahadith were compiled under stringent conditions of acceptance. Lectures will focus on understanding the words of the ahadith,

the rulings derived from the ahadith, Imam Bukhari’s association of chapter headings to the ahadith, the status of narrators and the additional observations made by the scholars relevant to the ahadith. The study of this book enlightens the students on the methodology of extraction and how views are formulated. Imam Bukhari mentions variant accounts of one hadith in multiple places to demonstrate how different rulings are procured from a single hadith.

Sahih al-Muslim is considered second in status only to Sahih al-Bukhari, and by some, it’s considered it to be its equal or even its superior. Hailed for excellence chronology and order of his book, Imam Muslim narrates a multitude of narrations on a single topic from various chains and clusters them into one location thereby allowing the student to observe the variations in wording and chain. The study of this book helps consolidate opinions with additional proofs.

At MMTQ, Sahih al-Muslim is studied with Ustadah Umm Zainab.

Sunan Abi Dawood is a collection of 4800 Hadiths chosen from a treasury of 500,000. It has been hailed as one of the most comprehensive books on the subject of legal Prophetic traditions. The purpose of studying this book is to learn the evidences and proofs uses by the imams to extract rulings and juristic evidences presented to support their positions.

This book has three distinguishing features: systematic arrangement of ahadith, mentions the juristic opinion of early scholars and has a unique grading system of ahadith authenticity and defectiveness. The study of Imam Tirmidhi’s book focuses on the fiqhi position of rulings and an in-depth analysis of their evidences.

Followed by the study of Sunan an-Nasai’ and Sunan Ibn Maja.

What language are the lessons in?
The ahadith text is Arabic. All the lectures are in English except for the Bukhari lessons taught by Mufti Ismail Kacholwi sahib which are in Urdu.

Do I have to sit exams?
We’ve found that exams are an unnecessarily stressful addition to our classes so have replaced them with shorted monthly written tests and continuous monitoring. It’s a much less stressful and easier way of monitoring outcomes.

Can I keep my child with me in class?
Babies under 9 months can stay with mums in class. After that, we have a creche onsite so sisters with children have the reassurance of keeping their children nearby and can pop in throughout the morning to check up on them.

Do I get help outside of class?
At this stage of advanced study, attendance in all lessons is imperative. The senior scholars of past have discouraged missing even a single hadith for a complete ijazah.
Although leave is granted in unavoidable circumstances, such as bereavement or severe illness, students are expected to join the Dawrah Hadith Class with an intention and practical measures in place to achieve 100% attendance.

Students must have previously studied up to Mishkat al-Masabih, Jalalayn and Hidaya although completion is not required at the discretion of MMTQ’s instructors.

Applications from students who have not studied up to this level but can demonstrate competency in the Islamic sciences of Tafsir, Hadith, Fiqh and Usuls as well as proficiency in the Arabic language are also considered.

Students for the Dawrah al-Hadith course can also avail the benefit of the free two-week trial. After that, enrolment is for one year at a time.

To start studying the Dawrah al Hadith course come along to our orientation day on Wednesday 21st September. We’ll give out further information on the course and enrol students.

Fees for the Dawrah Year are £700 and can be paid in monthly instalments.

Alhamdulillah for the experience of studying Bukhari at MMTQ.
Not in my wildest dreams did I imagine reaching this far and the honour of having a Shaykh of the calibre of Mufti Ismail Kacholvi teaching us is like the icing sugar on top of the cherry on a cake.

As a mother of 6 children, I have a busy life but studying Dawra Hadith at MMTQ literally feels as though my body is sitting in class, whilst my soul is wandering the streets of Madina Munawwarah, watching all the expeditions of our beloved Prophet صلى الله عليه وسلم, and listening to his conversations with the Companions and Mothers of the Believers.

I forget all my wordly worries when I come here and I return home everyday with new resolutions on how I can become a better person and be of benefit to myself, my family and the Ummah overall.
Alhamdulillah for this opportunity; it’s a gift from Allah that keeps giving

Ready to change your life